In our round-up of the biggest companies in various countries and big cities, today we are on a tour of Singapore.

An exotic destination, won’t you say?!

Singapore is one of the most spectacular city-states the modern world has seen.

To me personally, if there is a contemporary counterpart of the Greek city-states in terms of economic strength, it surely is Singapore!

One of the bustling countries of Southeast Asia, Singapore is a sovereign island country that has the third highest population density in the world.

The country is a marvel in many aspects. It has been dubbed as the most open in the world, the joint 4th-least corrupt, and the most pro-business. (Source: Wikipedia)

Being one of the highly developed free-market economies, Singapore has the second-highest per-capita GDP in the world in terms of Purchasing Power Parity (PPP). Source: (Source: Wikipedia)

Being a low-tax rate country, Singapore is a business heaven.

The country relies on the extended concept of intermediary trade to trans-shipment trade. It imports raw materials and export refined products.

The country’s main exports include electronics, chemicals, and services. On the other hand, SMEs are the country’s backbone and provide 48% of Singapore’s GDP. (Source: UOB Group)

Now, let’s look at the list of the 10 largest companies in Singapore. 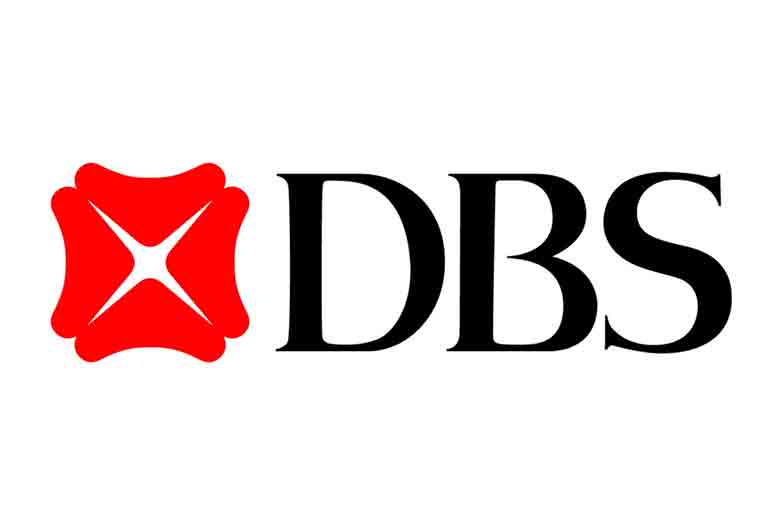 Topping the list of largest companies in Singapore is a bank that offers multinational banking and financial services.

Renaming the bank name to DBS, instead of The Development Bank of Singapore, reflects its rebranding as a global player. The new name was adopted in 2013. (Source: Wikipedia)

One of the three largest banks and spread over 150 branches in the country, the bank was initially set up by the government to help industrialize the Singaporean economy in the late 1960s.

Acting on UN recommendations, the bank was set up in the late 1960s to attract investments and offers loans and financial services to sprout industry in the country.

Considered among the largest banks in Southeast Asia, DBS was the first to garner the three most prestigious global best bank honors from Euronomy, Global Finance, and The Banker. (Source: Strait Times)

“So in running the company, we started to act less like a bank and more like a tech company, asking ourselves, “What would Jeff (Bezos) do?”
Company’s CEO CEO Piyush Gupta (Source: DBS) 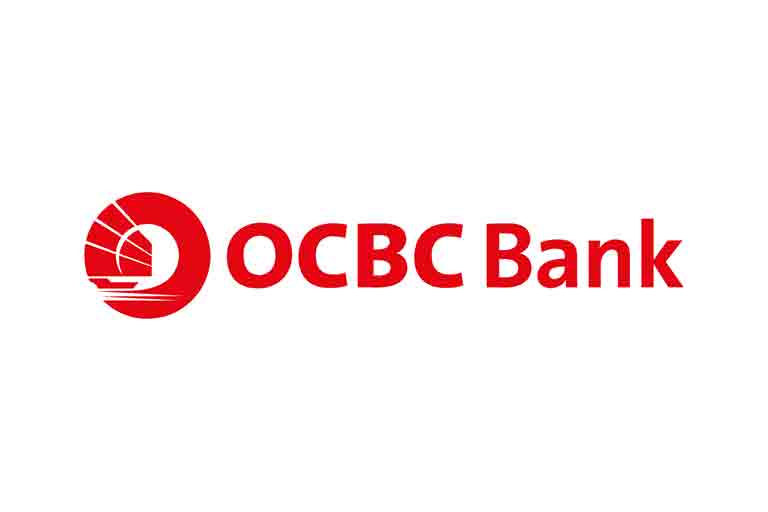 Number 2 on the list of top Singaporean companies is another bank.

Formed by a merger of three banks in 1932 in the aftermath of the Great Depression, OCBC is Overseas-Chinese Banking Corporation, Limited. (Source: Wikipedia)

It is a Singaporean multinational banking and financial services corporation.

A bank with more than 570 branches in more than 18 countries, OCBC is indeed a Singaporean giant.

It has earned titles such as the 5th strongest bank in Asia Pacific and has consistently been marked as the safest bank in the world. (Sources: Asian Banker, Global Finance) 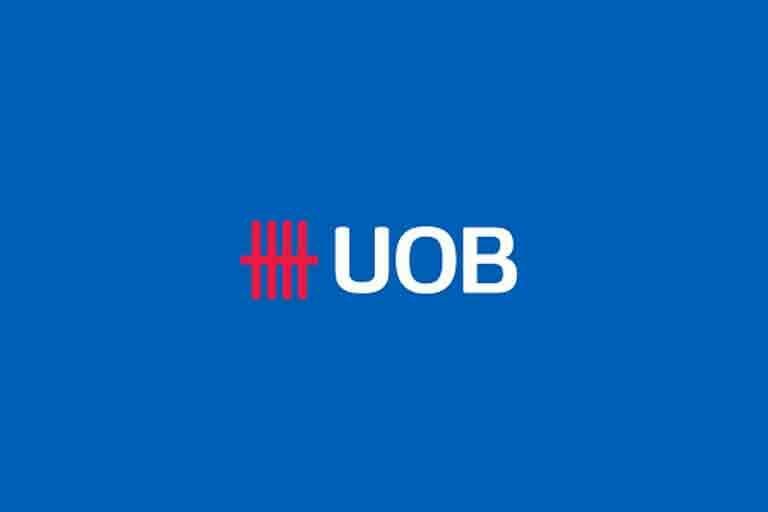 Well, the banking streak continues down the 3rd rank as well.
The Singaporean banks have received regional and global recognition for their excellent services.

Ranked as per total assets, UOB is number 3 in Southeast Asia on the Forbes Global 2000 list. (Source: Forbes)

Like the first two banks in the list, UOB has a global presence with more than 500 offices in more than 19 countries in Asia, Europe, and America.

UOB has been a leader in Digital Banking services in the region by providing financial and cash services through mobile-only banking.

The bank’s growth has been reflected through its acquisitions in the banking sectors. It went on to acquire four different banks starting from 1971 to 1984.

As a manifestation of its towering success, the UOB tower known as UOB Plaza 1, is the second-highest building in Singapore.

“We act prudently to fuel your success, maintaining the highest professional and moral standards. We do what is right for you through discipline, clarity, and courage.” 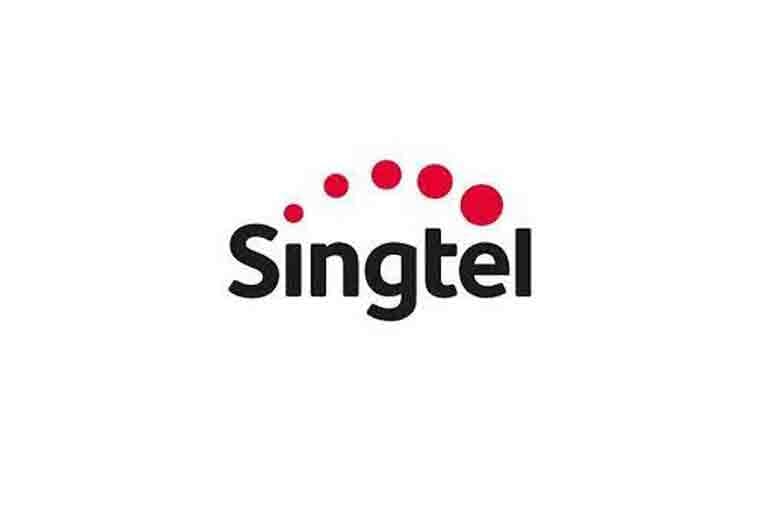 After the streak of mighty Singaporean banks, the next one on the list is one of the oldest Singaporean telecommunication companies, Singtel.

Singtel’s parent company in the 1800s operated as Singapore’s telephone network that connected local businesses of Singapore through 60 telephone lines.

Today’s Singtel, however, is a multi-billion dollar telco and owns the largest mobile network in the country.

Growing beyond its home country, Singtel is a regional operator and owns Australia’s second-largest telco Optus.

Likewise, it owns more than 32% of the shares of India’s second-largest mobile carrier, Bharti Airtel, which is quite a remarkable achievement! (Source: Indian Times)

“We believe that the world is a better place when technology is used to help people and businesses communicate effortlessly. We make communication easier, faster, and more reliable for customers while delivering value to our stakeholders.” 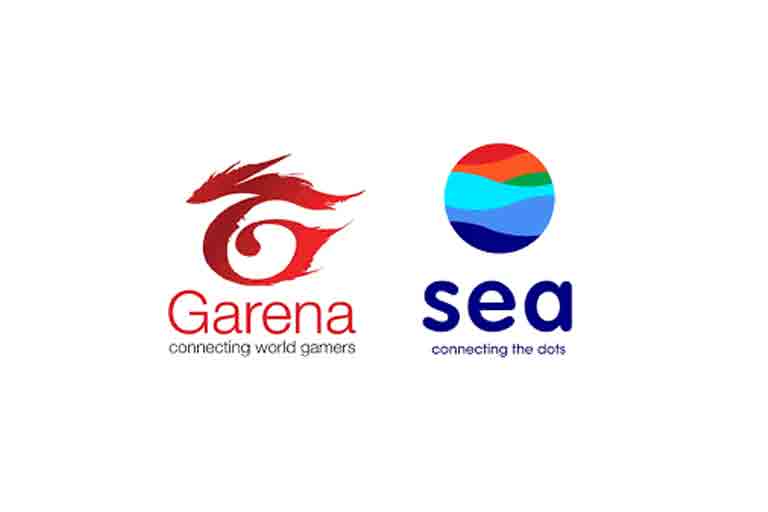 After achieving global recognition through its highly addictive and viral game Free Fire, the next big company on the list is a tech conglomerate, Sea.
Initially founded as a game development company, Garena, in 2009 by Forrest Li, the company rebranded as a tech company in 2017. (Source: Wikipedia)
Earning huge success through Free Fire, Sea has secured ownership of the football club Lion City Sailors and renamed it Home United. (Source: Yahoo News)
Grown out of Garena, Sea has become a parent company for three products: Garena, SeaMoney, and Shopee.
Seeing its potential, investors have poured in billions in the company’s latest funding round in 2021. The total fund raised was a record $6 billion. (Source: Reuters)

“Our mission is to better the lives of consumers and small businesses with technology.” 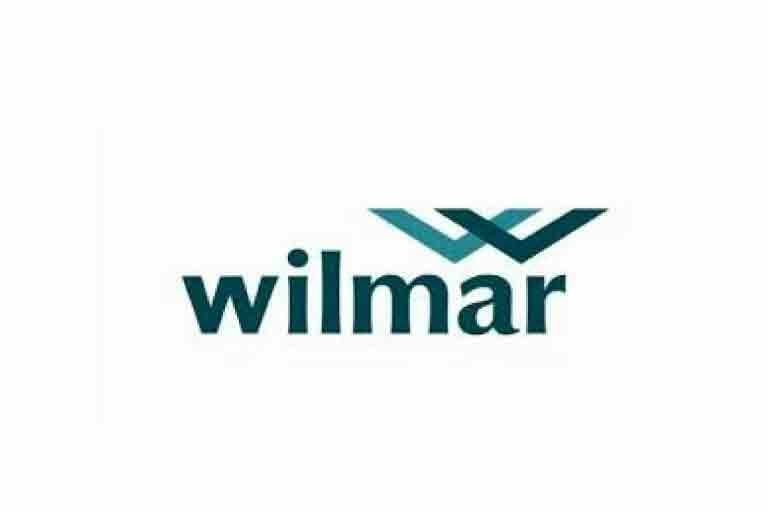 Another marvel of the most open economy in the world is the next company on our list.

With its roots in agribusiness, Wilmar International is now a food processing and investment holding company with the 6th highest market capitalization in Singapore.

Its businesses include oil palm cultivation, edible oil refining, oilseeds crushing, edible oils processing and packaging, grains processing, and merchandising, among many others.

The scale of Wilmar’s business operation can be assessed by the fact that one of the world’s biggest multinational manufacturers, Unilever, is the main customer of Wilmar International. (Source: BBC)

“Wilmar’s strategy is to build an integrated model encompassing the entire value chain of the agricultural commodity business, from origination to processing, trading, merchandising branded products and distribution.” 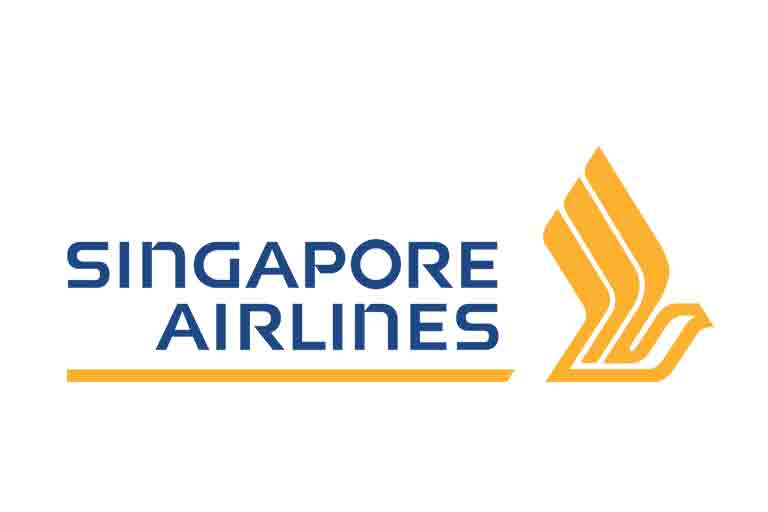 Winner of the prestigious title of “world’s best airline” by Skytrax four times in a row, Singapore Airlines is a proud national flag carrier.

If this success wasn’t impressive for you, the airline has topped Travel & Leisure’s best airline rankings for more than 20 years! (Source: Strait Times)

Yes, that’s right. It appears that achieving excellence at a global scale is a thing in this unique city-state of the world. 🙂
It was the first airline to put the world’s largest passenger aircraft Airbus A380 in operation.

Singaporean Airlines has more than 20 subsidiaries, including airline and other business operations. (Source: Wikipedia)

The company is known for projecting “Singaporean Girl” as a signature brand symbol. (Source: Singapore Air)

“To us, travel is more than just being in motion. Its being in with innovation.” 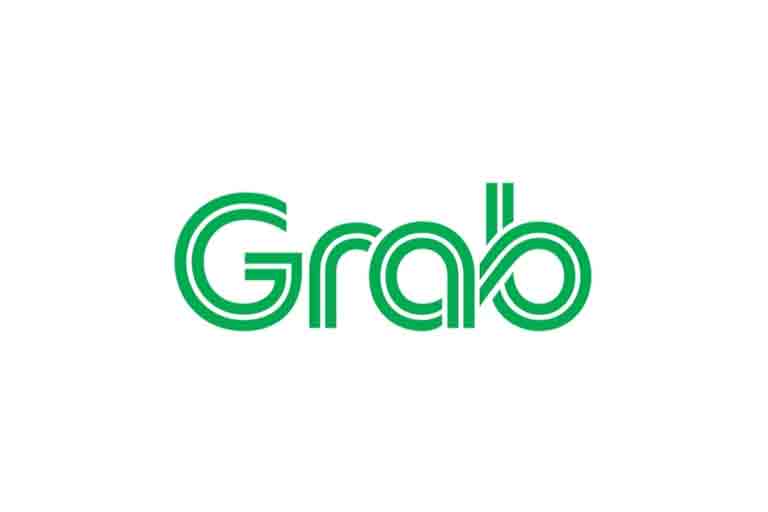 Commonly known as Grab, Grab Holdings is a tech company that rose out of a local Uber app.

Grab is a Singaporean technology giant which has developed an app that is Uber (on-demand taxi), Food Panda (food delivery), and Apple Pay (digital payment) all merged into one.

Grab was founded in 2012 by Anthony Tan and Tan Hooi Ling as a MyTaksi app based out of Malaysia. (Source: EDB Singapore)

The company rapidly grew within one year of its inception and moved its headquarters to Singapore in 2014. The service app is available in multiple companies, including Malaysia, Cambodia, Indonesia, Myanmar, Philippines, Thailand, and Vietnam.

The app has revolutionized the delivery app idea by packing all delivery services and digital payment solutions in one app.

Boosted by its success, the company has huge plans for the future. It is now becoming a key player in the economic empowerment of the region due to its millions of people-based business models.

“What we wanted to do was to solve the most pressing problems for Southeast Asia.”
Tan Hooi Ling (Source: EDB Singapore) 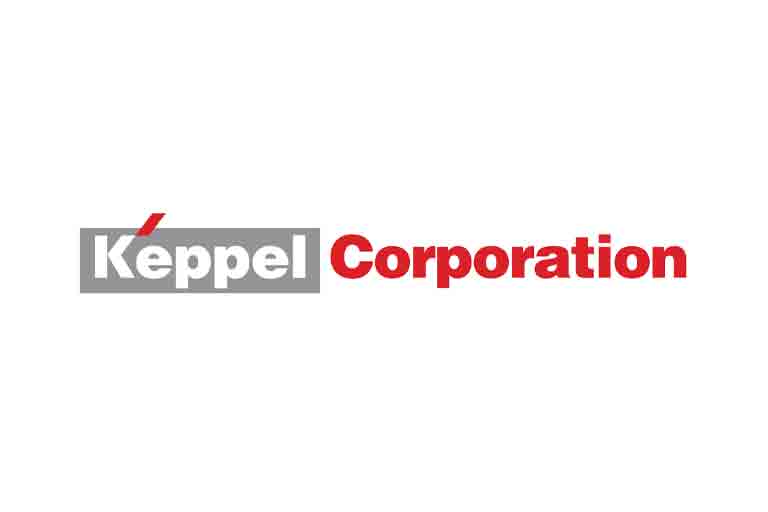 CapitaLand is one of Asia’s latest real estate companies that is the manager and developer of a global portfolio capturing shopping malls, lodgings, and commercial and residential property development. Parks, and industrial and logistics assets.
With its mass global presence in more than 40 countries, CapitaLand has business operations in more than 260 cities. (Source: CapitaLand)

While China and Singapore remain the company’s countries of main operations, it is rapidly expanding into India, Vietnam, Australia, Europe, and the USA.

The expansion of the real estate giant has resulted in its subdivision into two separate business divisions: real estate and investment.

The company was founded by a merger between DBS Land (DBSL) and Pidemco Land. At the time of the merger, the company owned $18 billion in assets, making it the largest listed company in Southeast Asia.
(Source: Wikipedia)

“CapitaLand places sustainability at the core of what it does. As a responsible real estate company, CapitaLand contributes to the environmental and social well-being of the communities where it operates, as it delivers long-term economic value to its stakeholders”.

Another conglomerate in the list, Keppel Corporation is an offshore and marine property, infrastructure, and asset management company.

It is a constellation of companies with specialization in various fields associated with marine property and infrastructure development, including Keppel Infrastructure holdings, Keppel Shipyard, Keppel Telecommunications & Transportation, and others.

The company is derived from a British Captain Henry Keppel who discovered a natural harbour in Tanjong Pagar in 1848. The company was founded in 1968 at the same harbour named after the Captain. (Source: Wikipedia)

Initially, however, the company was Keppel Shipyard. It was later in the 1970s that the company started venturing into various industries, including investment and property. (Source: Keppel)

“With sustainability at the core of our strategy, we harness the strengths and expertise of our business units to develop, operate and maintain real assets, which provide diverse solutions that are good for the planet, for people and for the Company.” 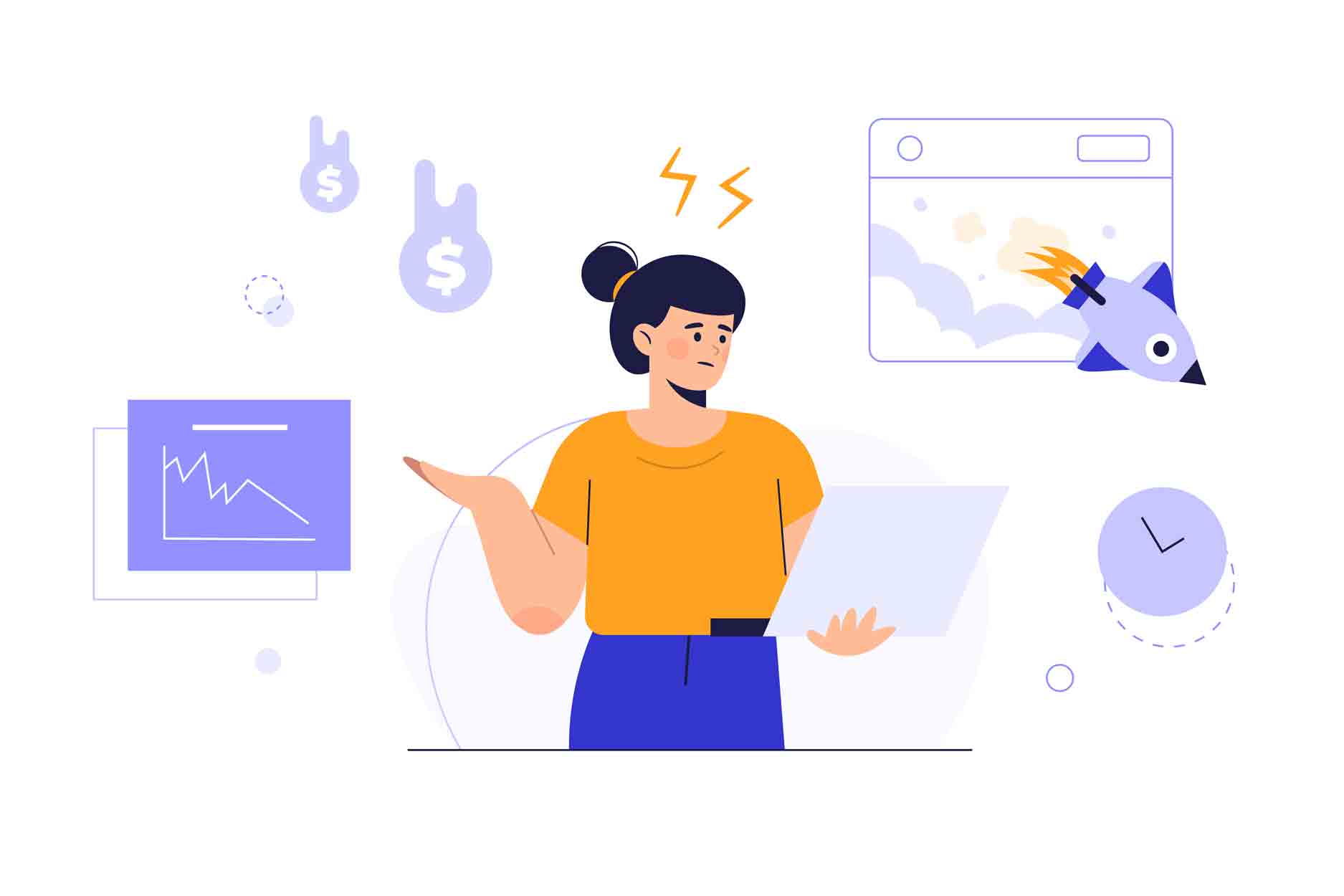 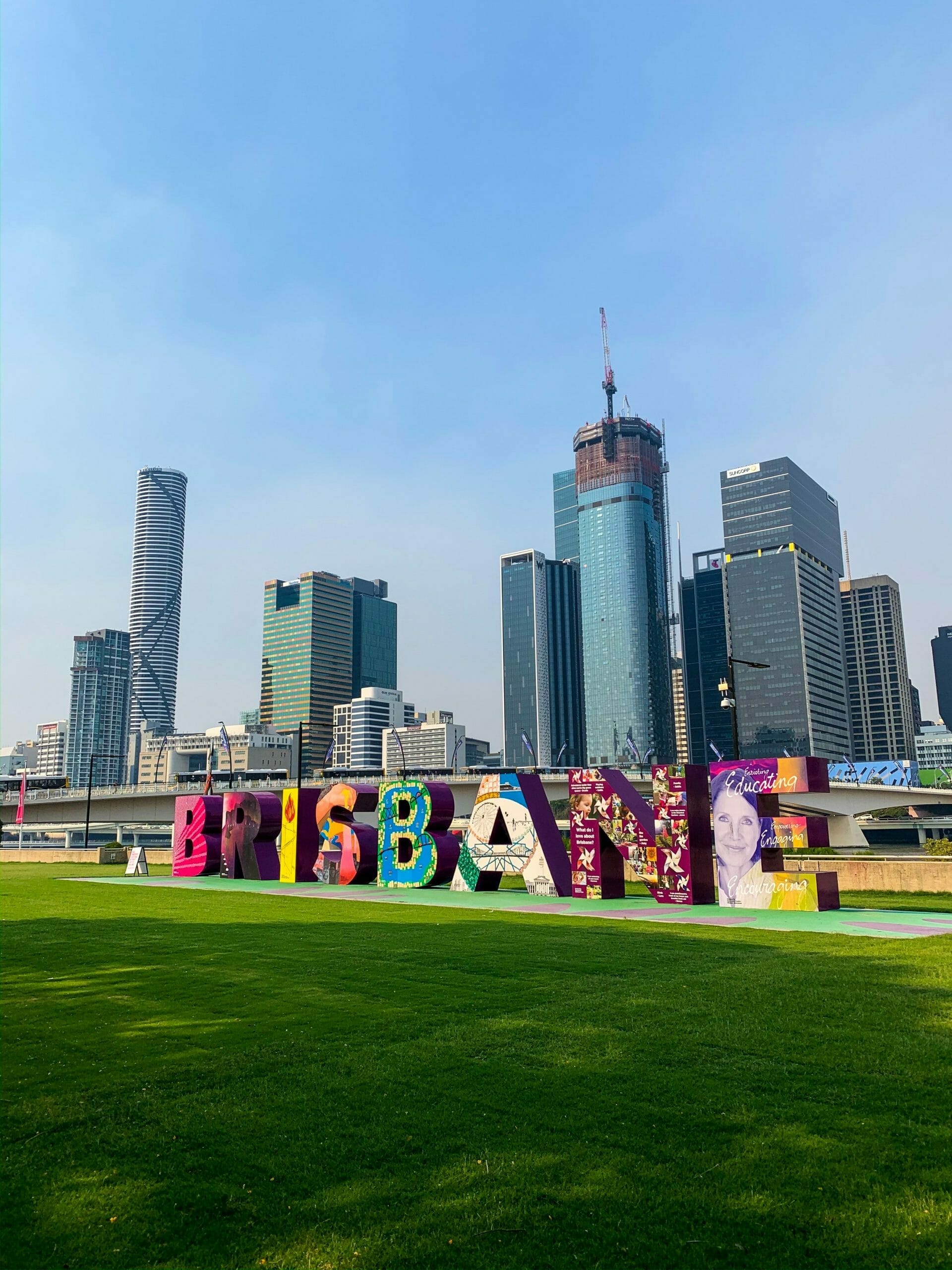 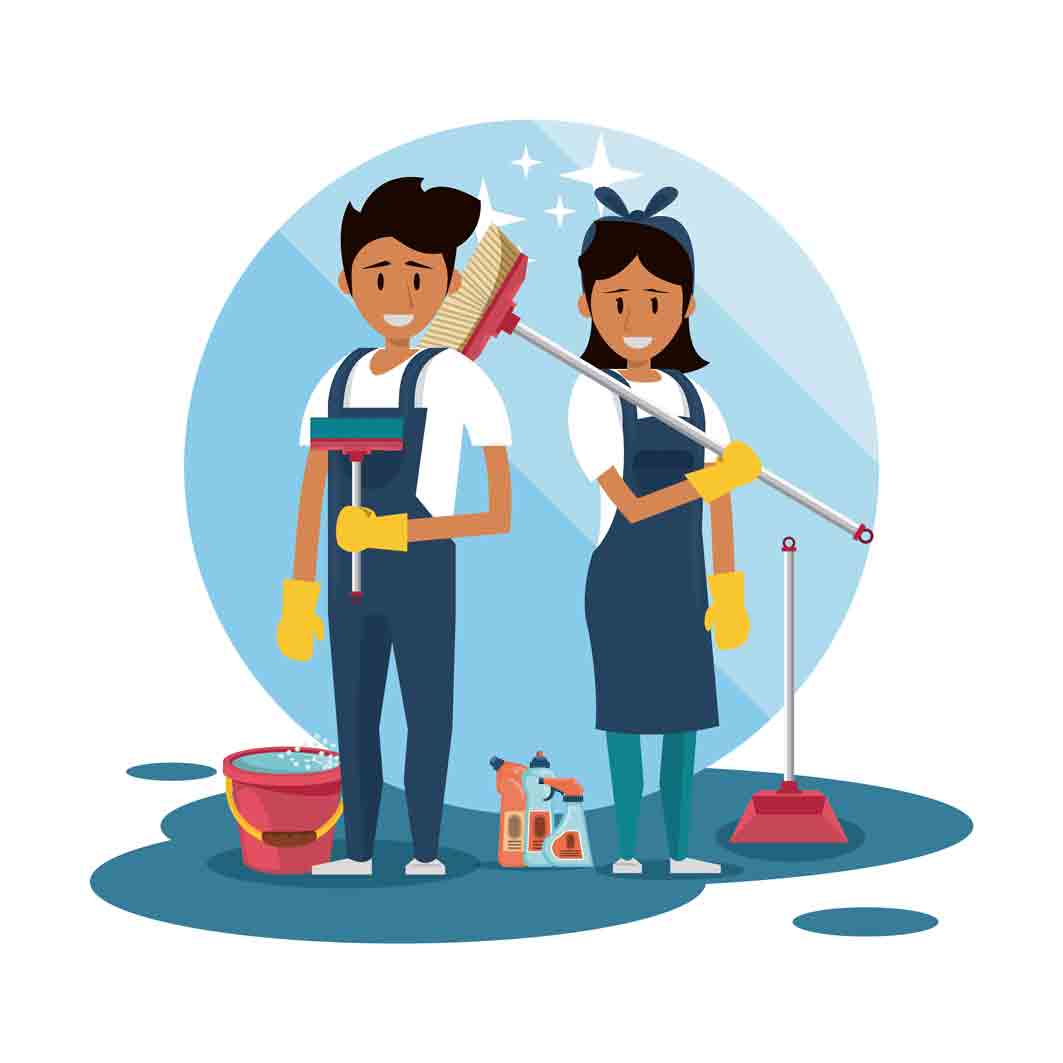 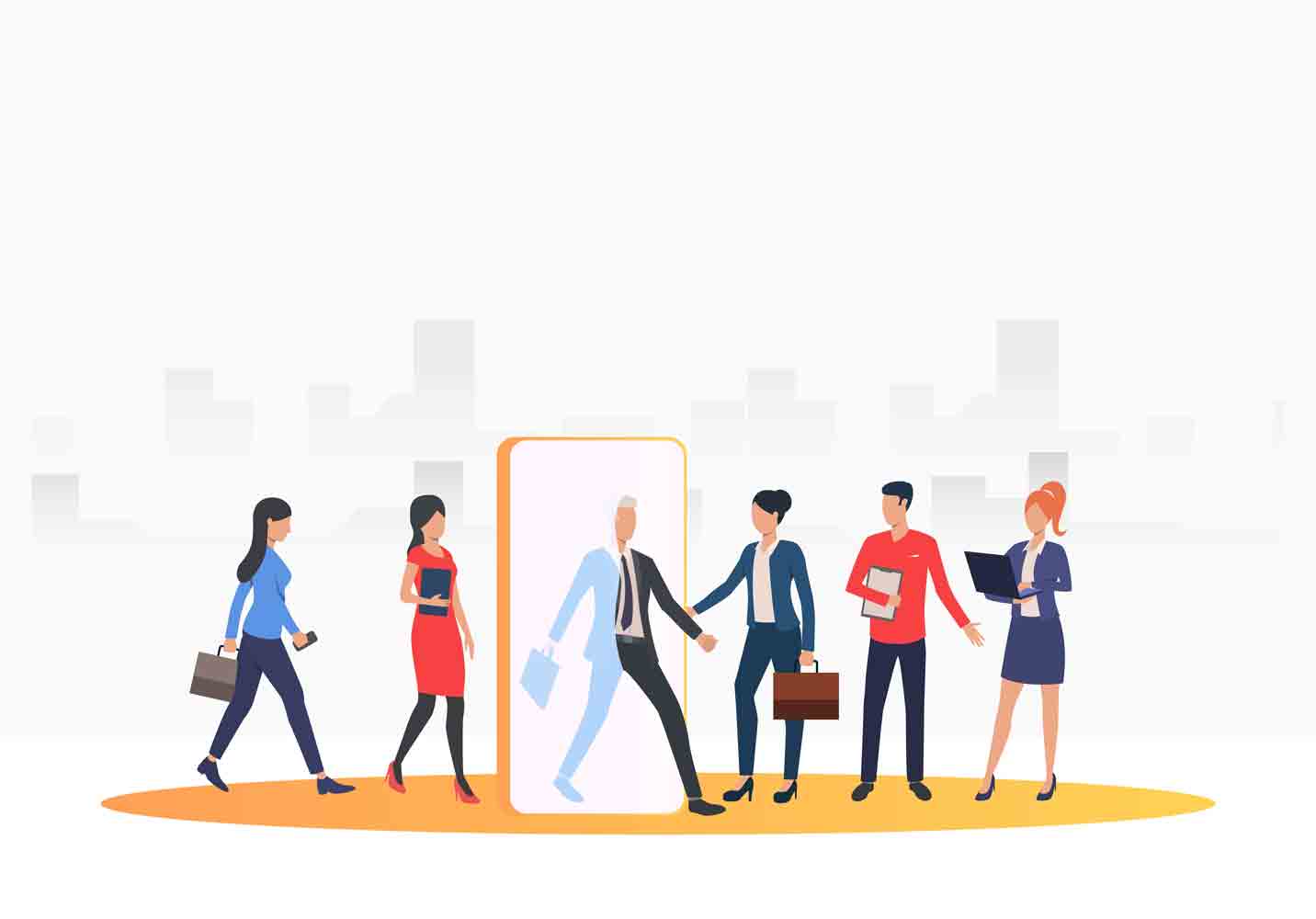